For the fourth year of its inaugural core project Tension/Spannung, the ICI Berlin takes multistable figures – Kippbilder – as point of departure for exploring further the topic of Tension/Spannung. These images not only continue to fascinate cognitive scientists as a class of optical illusions, but they also function as models for probing complex epistemological, aesthetic and ethical tensions.

We see either duck or rabbit, but not both at the same time. Yet the image cannot be reduced to either, it is neither (only) duck nor (only) rabbit, but both duck andrabbit. The combination of simultaneity (the coexistence of aspects in one image) and consecution (the change of one aspect to another) yields both either/or and both/and. At the same time, the image forms no synthesis. That one image should lead to the recognition of different shapes also means that the perceived shape is both less and more than the sensory data given by the image. The unity of the shape – the Gestalt of duck or rabbit – is more than the sum of black and white pixels in the image, even if it forms only one aspect of the image. Multistable images highlight the activity of the perceiving subject, but as we can agree on the recognised shapes, it promotes no radical subjectivism, relativism or constructivism. Rather, it promises the possibility of productively mediating and distinguishing between subject and object, reality and construction, natural and conventional categories.

Such Kippbilder, where one can easily shift from one aspect to another, seem to be rare. On the one hand, most images do not seem to allow for multiple aspects. While there is no reason to believe that alternatives should be possible for any recognized shape, imagining other ways of seeing, experiencing and living, making them visible and realizing them in an irreversible manner is the task of all revolutionaries – not only in politics, but also in art or even science: ‘What were ducks in the scientist’s world before the revolution are rabbits afterwards’ (Kuhn). On the other hand, even when images allow for several aspects, each perceived gestalt often relies not only on eliminating other potential shapes, but also on reducing the image’s complexity, marking a few traits while ignoring others.

Rather than implying revolutions, different aspects can co-exist in different disciplines, different systems, discourses and cultures. Each has the view of a complete reality in which nothing is missing, but none describes all of reality. While it is questionable whether it makes sense to posit here a pre-recognized reality – i.e. to apply the duck-rabbit model–, what seems to be clear is that the practice of shifting back and forth between different aspects and seeking to re-integrate elements recognized only from another perspective carries a productive potential. It may not lead to a better, fuller description, let alone to a synthesis, but does help in producing fruitful tensions on either side in contradistinction to an indifferent co-existence or violent conflict.

Benjamin Dawson
Cognition/Volition:
Two Figures of the Human in the Age of Experimental Systems

Giovanni Frazzetto
Life and the Brain:
What neuroscience can and cannot tell us about living

The Partisan Counter-Archive. Retracing the Ruptures of Art and Memory in the Yugoslav People's Liberation Struggle. Gal Kirn


The Trouble with Pleasure. Deleuze and Psychoanalysis. Aaron Schuster 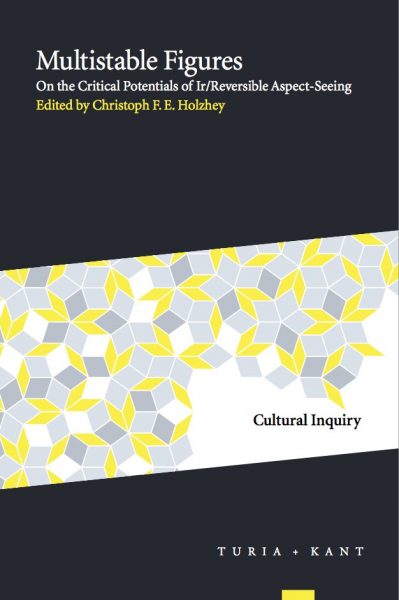